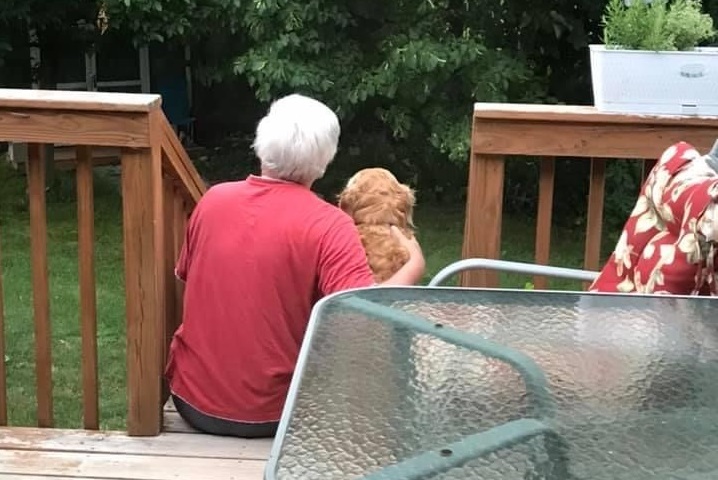 Sometimes I have the foresight to make coffee before I go to bed. I load the water in the tank, pile the coffee grounds in the basket, and apply a sticky note to the front of the machine to remind me that all I have to do is press the “on” button to start the brew the next morning.

There came a morning when I was tired of it all. I dragged myself out of bed out of a sense of obligation and dragged myself around the house, resentful that I wasn’t still dreaming strange adventures or lost in oblivion, and generally ready to retire except for the fact that I had “real-world” obligations hanging over my head.

I grumbled into the kitchen and was caught short by the little sign on the coffee machine.

There will always come a morning (it could be any time of day, but it always feels like morning) when you’re ready to quit, chuck it all, stop doing what you’re doing, end the misery — and if there’s something about those feeling that feels like defeat, then, oh yes, it’s because it is defeat.

“You only fail if you stop writing,” my mentor-I-never-met Ray Bradbury said. And it’s true: You’re not really defeated until you quit.

If you find yourself stuck or miserable and wishing you were anywhere else than pursuing your life’s dream — because I sincerely hope at some point what you are doing did have something to do with pursuing your dreams — just press on. Keep going.

That’s the way to push through the malaise and misery and find yourself in a better mood. If you just press on, at some point something will remind you why you wanted to do this, maybe even reignite the spark and push you to a new dream beyond the first one.

At the very least, maybe you’ll get coffee out of it.

Wordsmith and podcaster, Warren is a reporter, editor and storyteller who lives near the shores of Green Bay with his wife, a golden retriever named Dejah Thoris Princess of Mars, and Blackberry, an insistent cat. Author of Full, Refuse to be Afraid, Gladness is Infectious, 24 flashes, How to Play a Blue Guitar, Myke Phoenix: The Complete Novelettes, A Bridge at Crossroads, The Imaginary Bomb, A Scream of Consciousness, and The Imaginary Revolution. View more posts